The fourth grade year brings increased expectations and a sense of leadership as students transition to being in the Upper School. Students mature dramatically in this year and begin developing leadership skills as they become role models for younger students in the school.

There is a big shift academically; the curriculum shifts from “learning to read” to “reading to learn” with an emphasis on organization and study skills. In addition, after having built a strong foundation and sense of identity in Lower School, fourth graders are ready to begin exploring historical events from multiple perspectives, examining the untold stories of populations that have traditionally been ignored.

Since September, the fourth graders have been engaged in a novel study on the book, Front Desk by Kelly Yang. The novel study has been the highlight of the fall for students and has proven to be a very thought-provoking story. The book is about a 10-year-old Chinese American immigrant girl who has to manage a hotel for her parents. It covers themes such as hard work, discrimination, immigration, family, friendship, and social justice.

In addition to deepening student understanding of several very complex issues, the novel study has served as a teaching tool for preparing students to learn independently should the school need to shift to remote learning. Lessons and activities for the novel study are presented on a website using the same format that is/will be used for remote learners. Each evening, in preparation for the following day’s class, the students listen to a recording of Ms. Roncato reading a chapter or two. In class, students talk about the themes, as well as what was confusing, what problems they had trying to access the material, how to problem-solve technology issues… In essence, students are being taught how to use the technology as a tool and to actively engage with learning material so that they understand what is expected of them during remote learning.

Despite all of the transitions and new guidelines that have been implemented at school, the fourth graders seem very happy and well adjusted. Aside from the new specials schedule, a new classroom, and streamed daily Chapel, the fourth grade day has remained relatively unchanged. They start their day with morning work and Chapel; move on to math, recess, and snack; then specials, lunch and ELA; and end the day with the novel study.

This particular fourth grade class has always been a small, close knit group. They are uniquely bonded and are very grateful that they were able to remain comfortably together as one cohort. Being surrounded by people they care about so deeply has made these challenging times just a tad bit easier. Assistant Head of School, Sarah Walters, says, “Being a small group has allowed them to get to know each other extremely well. They have learned to appreciate each other as unique individuals because they know and understand each other.” “The fourth-graders are very hard workers and have accomplished a lot since September. We feel very lucky to all be in the same pod,” says Ms. Roncato. 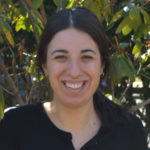 Ms. Roncato has been teaching for five years and is in her second year at St. Thomas’s. Before coming to New Haven, she taught in the U.K., Poland, and South Korea. She currently resides in Bridgeport with her partner.

Please click the play button below to take a look at the day in the life of fourth grade!