On Thursday, January 17, the St. Thomas’s community gathered together for a morning observance of the work and achievements of MLK, Jr.  The School was proud to have guest speaker Kica Matos, Director of Immigrant Rights and Racial Justice at Community Change, there to speak to our students and parents. Matos began her talk by asking our students what words came to mind when thinking of MLK, Jr.  Hands shot up and “leader,” “brave,” and “hero” were shared. Matos acknowledged that most everyone in the room thought he was a hero, yet when he was alive, he was hated and often referred to as “un-American” and “the most dangerous man in America.”

Matos explained that the best part of Martin Luther King, Jr. was that he kept on fighting for what he thought was just and right despite what others thought about him. Matos, a woman who has dedicated her life to fighting for justice, said she draws her strength from his work and encouraged our students to do the same.

A powerful moment came at the end of her speech as a packed Chapel of students and family members (many of whom are also notable social activists) clapped their hands and stomped their feet as a response to Matos asking who wanted to make the world a better place and be a brave participant in fighting for the rights of others.

This was just the beginning of many significant moments as the first grade went on to recite the poem “Tribute to a Great King” and the Bluestars sang a moving rendition of “I Dream a World.” Perhaps most powerful was the fifth grade class recitation of MLK, Jr.’s “I Have a Dream” speech. The students displayed an incredible sense of strength and seriousness and were both reverent and relevant. In closing, Chapel came to an end as always, with a The Prayer for the World and a vow to “make this a better world and let it begin with me.” 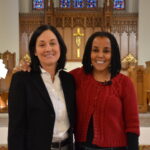 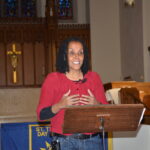 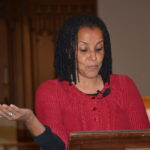 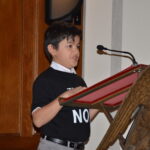 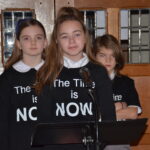 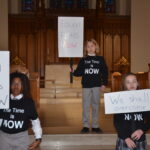 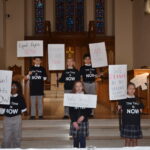 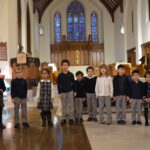 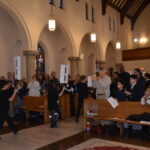